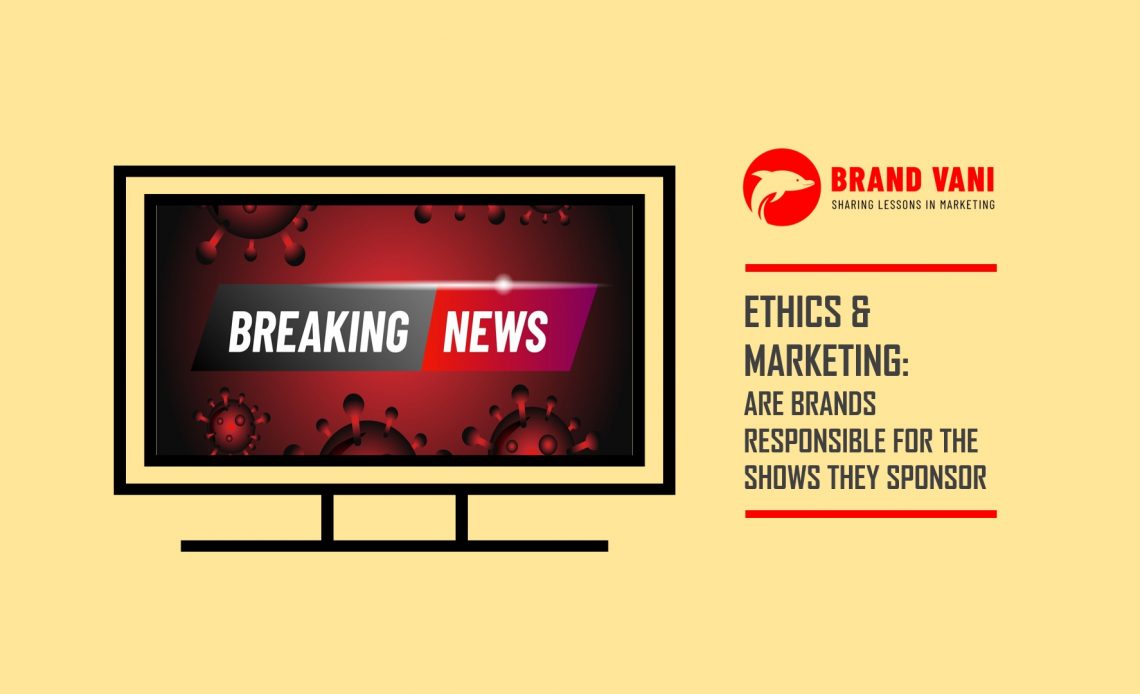 Ad spend is estimated to be over 11B dollars in India!

Advertising and Promotional spend in India is one of the highest in the world. As per a report by GroupM, it will likely be ranked third across the world in the year 2020. Indeed, India is one of the most promising markets in the world, with a burgeoning population of over a billion people. Every brand wants its share of voice to be significant enough for the teeming populace to notice. Therefore, it should be no surprise that the ad expenditure (ADEX) amounted to over 11 billion dollars in 2018 (at USD = INR 68).

The ADEX includes traditional channels like TV, Radio, Print, outdoor and cinema, and also modern means of the Internet. TV still reigns supreme among all the channels, while digital marketing spend is catching up fast and closing the gap each year between itself and the first rank.

While digital is growing, print has been facing a slow decline. But then TV still remains the most preferred medium for advertisements by brands. No wonder, there is an estimated 38,000 crore rupees projected as spend for 2020 on TV.

Boiling down the facts further, even among the TV channels, there is one particular type of channel which hits the sweet spot for most advertisers and has been a darling for media planning managers. I am talking about the news channels. This post is about this particular medium of advertising which has taken the media world by storm and of late has also started rocking the stable boats of a few brands.

News Channels have immense popularity for advertisements due to their reach

Sponsorships and TV ads make a huge part of most mainstream brands’ strategy. The criteria usually is reach, frequency of impressions and association. The more the reach and the more the popularity of the show, the bigger the fee for advertisements and sponsorships. And brands vie for spots, in certain cases, outbidding competitors, filling the coffers for the program makers.

As per another report on ET Brand Equity, News channels occupy a huge share of 13% in terms of the total ad spent across genres on TV. So, that directs us to the fact that News Channels are pretty popular among advertisers. Probably, the main reason is the viewership. News channels in India nowadays make quite a ruckus over every tidbit of occurrences that might otherwise, in a more ideal world, be ignored or forgiven. The melodrama and the sensitization attracts viewers from all nooks and crannies and keeps them hooked to their versions of the daily events.

Maybe they aren’t, but who’s going to explain to the audience when the masses resort to social media, particularly, Twitter?

The Renault Incident: An example of a brand being targeted

So, this happened about a couple of months ago.

Renault was one of the sponsors of the much watched, much meme’d channel, Arnab Goswami’s Republic TV. Despite being a mere sponsor, Renault was targeted by some activists on Twitter with a hashtag campaign, #renaultfundshatred. It originated from Newslaundry’s article on Arnab Goswami’s communal take of certain events. Political views are not a part of this website’s purview, so, as much as I would like to talk about that too, I will not go into those details. But what matters from here is how Renault was perceived due to the show it sponsored.

The article by Newslaundry fueled a campaign that pressurized Renault to stop advertising on Republic TV. The campaign gained steam and Renault felt the heat and apparently withdrew their ads from Republic TV.

It seemed like a victory and activists might have rejoiced, but it just looks like the deal has been extended to Nissan now. So, here we go again. Newslaundry was quick to point out the association of Nissan with Renault (since Renault holds 43% controlling stake in Nissan). This is probably leading to quite an embarrassing situation for the management (if they really love their brand and feel for it).

Many of these prime news channels have faced flak from social media for heartless and unethical coverage of the recent suicide by the Hollywood celebrity. The Print and The Free Press Journal called out the top channels for presenting hyped up versions laced with fake content. Sensationalizing news with utter lack of empathy seems to be the cash generating formula for some of these top news channels.

Amidst all these, I couldn’t help but notice a big brand name intermittently showing up on my social media feeds. Surf Excel was splashed on the screen all over the tweets regarding the crassness of the headlines.

I am pretty sure Surf Excel as a brand probably has no ill will towards any of the subjects in the news. But inadvertently it has been caught in the crossfire now and there is every chance that someone might have already shared some anti Unilever, or anti Surf Excel campaign like the one Renault faced.

Anyway, so, is this an acceptable norm in our industry to get caught in the mire of twitter campaigns and brand-shaming? I believe it is absolutely not. Such things kill brands, fire people from their jobs and create unnecessary distractions from the main issue (in this case, the attitude of the news channels).

I always believe that any brand should stay away from controversies. Leading a movement is one thing (like Nike does), but getting embroiled in a controversy is another. So, what can brand managers do to avoid such controversy traps?

All brands must have a moral compass to guide them. Brands become iconic because they manage and maintain a certain ideal image in the minds of the consumers. A part of this image is that the brand will be true to its consumers and that it will do what is right and never be on the wrong. I know it sounds very ideal, but that’s the truth: we adore and choose leaders who represent the best in us.

For the brands to be like that, the care-takers of the brand must practice those characteristics in their daily thinking and while working. Organization culture has a deep-rooted impact on this, as I mentioned in a post a while go on: How organization culture helps build brands.

Even beyond the organization, I believe B-schools need to teach people to practice ethical behavior more frequently. The cut-throat nature of the training in B schools makes people competitive, but in the process, a few members might lose their way and learn to win at any cost. Well, you have to win in order to reach the top. But finding short cuts or the easy way has to be discouraged more strongly.

Some news channels are nothing but short cuts to reach a large audience, a shot of steroids to muscle your way through to the masses.

Reach Vs Association: Association should be a more critical factor than reach

Reach increases your chances of being remembered. It basically helps you get better Top of mind recall. The more times people see your brand logo or hear your name being mentioned, the higher the likelihood of people remembering you well.

But association is more based on imagery and increases the proximity of the public’s perception to what you want people to know you as. For example if you want to know known as an energy drink brand, you would do what Red Bull did with its action sports events. The association with events creates a version of your brand’s character in the minds of the consumers. They start seeing you as what you associate with.

Brand imagery is so much more critical in building brands than top of mind recall. Lets say its a fine balance between quantity and quality. Therefore, when it comes to choosing channels to advertise with, I believe in prioritizing the qualities that match my brand’s desired characteristics before looking at the TRP or GRP.

There was a similar post over a year ago that I had written on why brands should stay away from religion. Well, this point isn’t far from that and harbors around the premise that brands should be careful of who or what they associate themselves with.

Sometimes you say it best, when you say nothing at all

During our MBA in IIM K, we used have a term called DCP (desperate class participation). I am sure other B schools had similar slang too. The efforts are justified by students under those circumstances when people are desperate to score in an aspect that carried 5% weight out of the score for any subject. But hey, its not the same in case of brands (or even in real life). You know, if you don’t have anything meaningful to say, its better to keep quiet and wait for something better to add value with. I follow this principle as much as possible. I think all brands should follow it if they want to be taken seriously.

It applies perfectly here too in the case of News Channels. You might have a big marketing budget to spend and news channels give you ample exposure. But ask yourself, could it make you look bad? Will you have to eat words that you didn’t speak? Its not safe, so why don’t you reconsider where you put your money into? There are ample opportunities. I mean, spots in these channels cost a bomb as shown in the chart below.

Conclusion: Birds of the same feather flock together

Way back in school, we had a very respectable math teacher who was really popular among us students. He was so popular that even his punishments remain delightful memories for us.

I remember this instance when a bunch of us were up to no good during his class, and he caught us red handed. Of course, I was not directly involved in the mischief, but I offered my silent support by just smiling encouragingly at whatever they were doing, sitting around me. So, when the teacher caught them, he gave them the slaps they deserved and called me in too to give me my share. When I protested because I didn’t actually do anything, he smiled and said, “Birds of the same feather flock together”. I couldn’t argue with that and accepted that punishment in front of the class as gracefully as I could.

Well, he wasn’t wrong. I knew what my friends were up to and I didn’t do it myself but I did endorse them in a way. That lesson stuck to my head.

Brands may or may not be not directly in support of any propaganda. It is hard to say. But just by getting their brand logo to appear next to a certain type of journalists and their journalism, it means an endorsement of their opinions and a tacit support to the content. So, when you see brands like Renault, Nissan, PayTM, Ebix Cash, Amul, Surf Excel, Tata Sky etc, right next to inappropriate content, you could probably identify them as the birds of the same feather that flock together.

In conclusion, in honour of all those people who taught me excellent ideals over all these years of my life and made me who I am, I would strongly say that Brands ARE responsible for the shows they sponsor. Ethics and marketing need to go hand in hand. If we can’t maintain this basic requirement, then marketing would become nothing more than a sham meant to hoodwink buyers into giving us their hard earned money. And I believe this is not who we are.

We are meant to be better than that.

Top 5 Podcasts that Marketing enthusiasts should not miss

Basics of Digital Marketing for Beginners

Worth reading...
What should Nike do about the recent Zion Williamson Fiasco