Why Nike leads the race for carbon plated shoes dominion 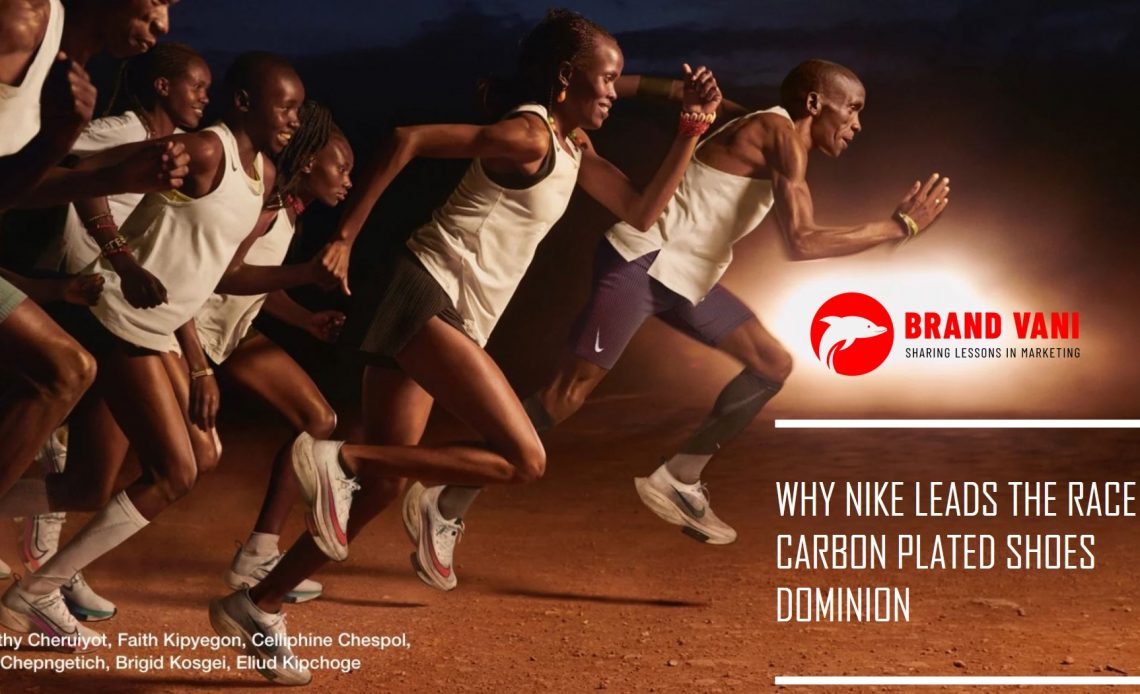 Those who love long distance running would likely be familiar with the concept of carbon plated running shoes. Ever since Nike launched their first version of the Vaporfly in 2017, the brand has taken the centerstage for every racing event, with most of the podium finishers equipped with their shoes. In fact, if you pay attention to the top 10 runners of any running event in the last 3 years, you would likely see 80% of them would have had a Vaporfly on their feet.

The highly rated carbon plated gift from Nike stormed into the racing world and has not yielded much yet to its competitors. In this post, I would lay out some clear markers on why Nike rules the roost as of today.

Running shoes, since the concept began, have been about giving better comfort, reducing injuries and driving faster performance. Innovation and technological advances are mostly geared towards making a slightly better mouse trap.

At this point, one might have the misgivings that Nike brought in a quantum leap in technological advances and introduced Vaporfly. No, they didn’t. This technology was not introduced by Nike. The concept was first used by Reebok and a few other brands somewhere back in the 90s. It is that old a technology. But those that came before were not able to get the desired results from it for athletes, or common runners. The closest that a company got to implementing this technology before Nike was a less known company called Zoot, back in 2008. I will talk about Zoot in one of the next sections. But for now, know that Zoot failed and Nike succeeded.

That’s because Nike came up with a much better, more effective, more efficient mouse trap, which few could imitate quickly. Well, Nike was late to the carbon fiber game, but being late doesn’t necessarily mean that you have lost. Often in technology, late comers build better mouse traps and enjoy an unchallenged monopoly, as others struggle to make significant technological advances again. That’s lesson number 1.

2. A clear promise of delivery to consumers:

Consumers are best convinced if the brand offering is crystal clear to them. And if the offering meets the consumer’s needs, then it will mostly lead to a purchase. Nike offers very clear claims to enhance speed through their product. And they are not lying.

With the help of its research and development, Nike was able to deliver a product which made clear scientifically backed promises of improving running speed and efficiency. 4%, Next%, 2%: these are promises of how much an athlete’s performance could improve by wearing those shoes.

And these claims are corroborated by the improved race timings in the recent years after the advent of this shoe. I mean who doesn’t want to run faster, even if its not for the races. I run and I definitely would love to overtake other runners in my route or even to beat my personal bests. Nike Vaporfly makes the perfect sales pitch to a runner like me and there are 1000s of athletes online who vouch for it. No wonder the product was a runaway success. Let that be lesson number 2 for marketers.

3. Don’t play by the rules. Make your own rules. Drive the narrative:

I mentioned a company named Zoot before in the first point. Zoot Sports was a shoe company that launched Zoot Ultra Race. According to reports athletes who tried it claimed to feel faster. It would make sense today to assume there might have been some truth in those claims. But the fad back then was minimalistic shoes. If you were active in the running circles back then you’d remember people wearing shoes with thinner soles, or supporting bare-feet running.

I personally remember being a big fan of Nike Free shoes. I tried to run a marathon once in them, and I regret it thoroughly. I would never recommend that to anyone else though: it was bad for my feet and led to injuries. But that was the in-thing back then: minimalism. So, the Zoot Ultra race never saw any success around the world.

So, what changed? What made Nike succeed where Zoot failed?

Historically, in politics and marketing, you need to control the narrative. You need to drive the conversation. The reason why Zoot failed is because they couldn’t drive the narrative to their benefit. The talk of the town was comfort and injury free running, or minimalistic running. The talk was not about getting faster or becoming better. Nike controlled the narrative back then, and it still controls it now. That’s lesson number 3 for us: Drive the narrative, don’t be a puppet.

Most of the ads that come up on television would talk about how great their products are. It would talk about features and benefits and sometimes they’d rope in celebrities to endorse them. Nike ads for Vaporfly are somewhat sub-par and you’d not think about buying them just by seeing those ads.

I think what worked really well for Nike was going all out to prove their superiority. Remember the Nike breaking 2 project?

When I first heard of it, I thought it was really ambitious. I mean for a human being to run 42.2 km in below 2 hours was really something. They tried it in 2017 and fell short of it by 25 seconds. Eliud Kipchoge finished with a marathon timing of 2 hours 25 seconds. That was really close, and Kipchoge shaved off more than 2 and a half minutes from his previous best. It got people talking.

Suddenly you’d see all the top athletes desiring for these shoes. Suddenly, records and personal bests began tumbling all around the world, emphasizing the credibility of this product and endorsing it through clear word of mouth. It was an asset which even brand ambassadors of other shoe brands started longing for. Who wouldn’t want shoes that gives you speed?

In 2019, finally Kipchoge beat the 2 hour mark in another event, wearing Nike’s Alphafly. I once watched the entire event on YouTube and I watched it like a movie. Boy, that event gives me goosebumps. And it left me with an insatiable yearning for that Swoosh branded apparel. Lesson 4: you may spend millions of dollars on advertising, but nothing works like showing the real thing to the people and getting them to talk.

For the last 4 decades, Nike has been leading the race with their cutting edge advertising and top of the line shoes. I have been guilty of favoring them over other brands. I own my other brands too, don’t get me wrong. But with this onslaught, Nike had me thoroughly bound. And I would say, it gives me great satisfaction and comfort that I own both Alphafly next% and Vaporfly next% now.

Even if you don’t really get faster, if you are a running fan like me, just wearing the same shoes as Kipchoge did while setting world records would give you that extra endorphin boost in your next run.

The only caveat is that most of the time this brand stays stocked out. You might be lucky to get a pair in your local retail outlet. If not then I would recommend you try their store online here. Last I checked they had both Alphafly and Vaporfly available in their online store. And if you want the latest version, go for the Vaporfly 2%.

In case, both Alphafly and Vaporfly are out of stock or do not have your sizes, you might as well try their Zoomfly 3 which is a lower priced version of their carbon plated shoes for every day use. I have not used it but its apparently quite good too.

Hope this lesson from Nike has been useful. Happy running to those who love running like I do.

Advertising at the Oscars 2019: Who were the winners?

Worth reading...
Never make these errors in Sales: Lessons from being sold to