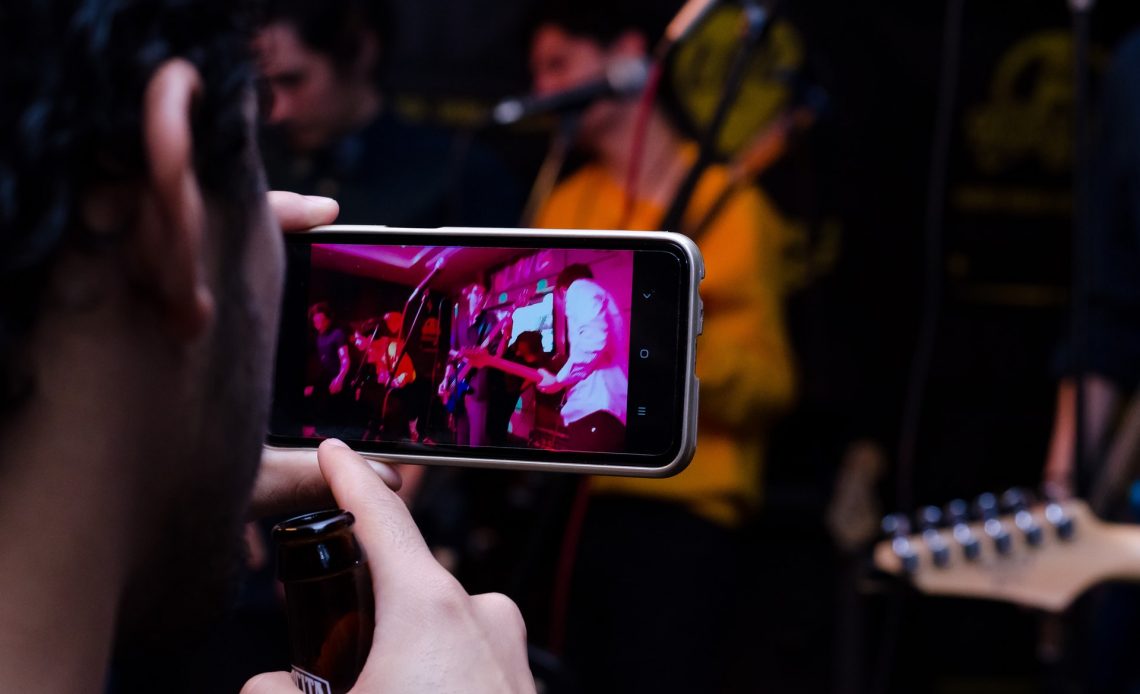 Brands have not stayed behind in tapping into this trend. Video marketing has been the talk of the town for a while now. And why not? A well-planned video strategy can make sure that you catch the attention of millions of people, which all marketers need. A good video also helps in building a long-term relationship with the target customers. While spends on video marketing by these marketers has been on the rise, conventional TV advertising is seeing a drop (see chart below).

It has been predicted that by the end of 2021, people (including Indians) will be watching videos for an average duration of 100 minutes per day. So, brands are not wrong when you see them rushing in with more and more content.

These days, Covid19 has brought about a lot of changes which are pushing brands to go online. There was an earlier post in which I had mentioned this along with 4 other industry trends that have been observed of late. Of course, going online includes making more videos of different sorts, keeping the consumption habits in mind. We have seen various sorts of content; brands trying to be creative, to adapt and continue relevant conversations with consumers.

In this In this blog post, we will try to categorize them to get a more structured understanding of the video marketing trends.

Most of us are familiar with promotional videos revolving around the main product or the service that a brand is offering. However, brands are now focusing less on videos centered around what they need to sell and focusing more on spreading awareness about health and hygiene. All the major brands have tried to include awareness generating campaigns of late. A few examples are cited below.

A video targeting young children has been launched by ITC, in collaboration with FCBUlka. All of the characters of the popular cartoon show Chhota Bheem explain the 5 steps that one needs to take to prevent themselves from the novel coronavirus. Since kids are unable to understand the severity of the virus and how it spreads, a video has been made for them as children do not pay attention to informative videos that talk about facts in the usual mundane manner. The video could make young minds under 10 years of age more alert about the novel coronavirus, which would protect one of the most vulnerable groups from the disease. You can check out the video below.

A similar campaign to ITC’s has been launched by Hindustan Unilever, in which it has partnered by UNICEF to encourage people to help in stopping the further spread of coronavirus.

The masters of ad world Ogilvy also came up with a campaign, collaborating with famous cricketers, called the ‘Mask-force’ anti-coronavirus campaign. Viewers were encouraged to wear masks whenever they wanted to go outside. This campaign was launched for the Government of India. Using popular celebrities and influencers to promote brands can attract more people than if people who are not well known amongst the target audience are used to promote a product/service. You can check out the video on YouTube if you want.

More or less, all the videos talk about the importance of washing hands and using masks. Lets hope that people are listening.

2. Making videos to encourage people to stay at home

Quite a few brands have taken it upon themselves to encourage people to stay at home.

The State Bank of India recently launched a new video campaign titled “Ghar Mein Khushiyan.” In the campaign, potential customers are encouraged to use the break from their hectic schedules wisely and spend more time with their family members or pursue their hobbies and interests.

It is interesting to see many brands take that line of communication with its audience. Even Air Asia has posted a good one on instagram, in which it talks about staying at home with the “most comfortable seats, excellent leg room and no jet lag”. Relevant to flying, and meaningful to the consumer: that’s a smart way of catching the attention of the consumers. Their post can be seen here.

Godrej has also released a cute little tactical campaign in which it put together videos of its employees working in their homes. Godrej actually squeezed in a couple of good messages: gender equality and staying safe at home. The video is an effort to encourage people to stay at home and recommends equal participation from all members of a household while they are doing their chores. Such videos are good for breaking the prevailing notions in the Indian society that men are not obligated to take part in household chores.

3. Videos are focusing on how to make lives better during a lockdown

Since people are confining themselves within the four walls of their homes, it makes sense for brands to concentrate on what benefits they can bring to the customer within the surroundings which they feel safest in.

Brands are now encouraging customers to take part in activities that can be easily done at home, through their promotional campaigns. One example is Sunsilk’s video series in which a new hairstyle has been shown for each day of the week. The concept of the campaign is to motivate people to take part in fun activities that keep them entertained at home. Since Sunsilk’s products are used by many females for their hair care needs, it connects the lockdown scenario to fun with haircare. It is a smart line of thought by the team there.

Among others, Nike’s video campaign stood out pretty well from the rest. The brand has a reputation for marketing itself by motivating people to work on their fitness and exercise. Nike sent out the message that by working out indoors, we are protecting the lives of billions of people around the world. “Play for the World” has been one of the best campaigns of late. The message is short but effective.

I have cited just a couple of examples here, but I am sure you would have seen many other brands coming up with similar content, wherein, they have tried to make the lockdown more “fun” or “productive” or “creative”.

4. Content that tugs the strings of your heart or try to lift your spirits

With time to spare and a sense of doom and depression hanging in the air for many folks, brands are increasingly trying to focus on their customers’ emotions and sentiments to be able to connect with them during the times of the crisis, some trying to cheer them up, some riding on the wave of emotions.

For example, Starbucks has created a video in which it tells its’ customers that it misses them as much as they are missing them and asks them to comment about their fondest Starbucks memory on their Instagram page. Even brands who are seeing a dip in sales need to constantly make efforts to connect with their customers or else they could be left behind in the race.

Coca Cola has released a new digital video in which it tries to spread hope to its’ viewers and encourages people to see the positive side of the pandemic. The company also appreciates the efforts of health workers. As usual, Coca Cola does well at its emotional appeal to its audience.

A campaign by Tata Motors, in collaboration with WATConsult, focuses on how one must keep moving forward in life, despite the circumstances which they are in. One must focus on the good days ahead of them instead of being upset about their lives in the present.

Some of these brands have done really well in coming up with relevant content. At a time when more people are spending time surfing the Internet, it is wise to invest in video marketing. While I say that it is an opportunity, definitely, any brand should not try to exploit the situation for its own personal gains, but instead, win the trust of the customers and try to relate to them in creative ways.

To end this piece, let me put the question to you, which of the content types do you think is the best?

Well, to me, there are four main elements of a good video campaign: relevance, ability to generate interest, ability to communicate, and the ability to connect with the viewers.

Of all the videos, I think Nike is the best. It is relevant to the brand, and it generates an interest in most of its target audience. It communicates a message to the people to stay indoors and also connects with the consumers, simply with its statement to “play for the world”.

What do you guys think?

Lets leave it at that for now. Stay safe, and keep reading!

Worth reading...
Why Marketers need to “Genuinely care” in the times of COVID19