The best ads of Coca Cola over the last century. 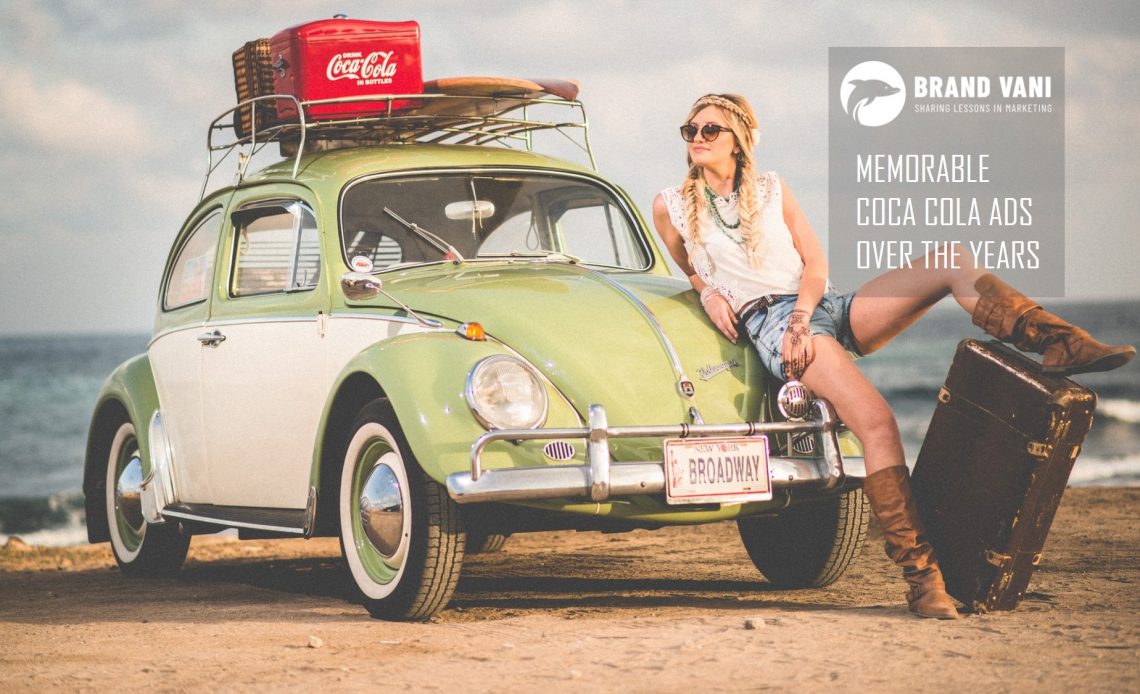 There’s no way you will walk into a restaurant in the world and you won’t get a bottle of Coca-Cola. The drink was first produced in 1886 by Dr John S. Pemberton. The name Coca-Cola was coined by Frank M. Robinson, a bookkeeper. Dr John S. Pemberton and Frank M. Robinson are partners. Unfortunately for the Doctor, he sold portions of his business to a businessman called Asa G. Candler. It was Mr. Candler that expanded the business beyond the city where it was founded. In the year 1899, Mr. Asa G. Candler was approached by three businessmen namely Benjamin Thomas, John Lupton and Joseph Whitehead. They purchased the bottling rights for $1.

It is because of the ability of Coca Cola to pull itself to the top of the consumers’ mind with its extraordinary branding and marketing capabilities. Their ways of branding of the product and marketing has evolved over the years, but bottom line is that, Coca-Cola has done many successful adverts and campaigns that helped maintain their sales. Below, you shall be knowing about some great adverts done by Coca Cola. These adverts are old but believe me, they are gold and we could learn a thing or two by observing them.

Coca Cola has been marketing its products since 1886. They used slogans in those years. These slogans were great and influential. For example, ‘Coca Cola Revives and Sustains’ in 1905 and ‘The Best Friend Thirst Ever Had’ in 1938.

You can watch the video and enjoy all you can

This advert was produced in conjunction with a television special. The television special featured Edgar Bergen and Charlie McCarthy. The strategy used by Coca-Cola was amazing. The advert was dropped on Thanksgiving Day. On a day like that, everybody would be at home and glued to their television set to get a proper look at the actor that was used for the advert, Edgar Bergen. Edgar was a popular actor in the 50s with his proficiency in ventriloquism. Charlie McCarthy, on the other hand, was Edger’s dummy partner in ventriloquism.

It might not seem like a big deal now that we are bombarded with tons of entertainment, but build a time machine in your mind and try to travel back to a time when just a few minutes of TV was equivalent to our time’s entire marvel cinematic universe. Coca Cola marketers were visionary, I’d say.

In the 1960s, Coca Cola embraced a new slogan “Things Go Better with Coke”. During this period, the most featured advert by the Coca Cola was the ones that used animation. The most popular advert was made in Great Britain and titled Sousaphone. The advert showed two funny cartoon quarreling over who plays his instrument. They fought until they became friends with two bottles of Coke and danced. The advert ended with the slogan “Refreshing You the Best”. These two had featured in two ads for Coke before.

You can watch the Sousaphone video here and laugh

One of the most iconic ads by Coca Cola is the 1971 Hilltop advert. Coca Cola gathered people from different continents, different races and colours. Coca Cola staged this advert under the company’s 1969 “It’s The Real Thing” campaign. Before going into the content of this advert, let me quickly tell you about the making. The set of people showed the world that Coca Cola connected people all over the world. It also emphasized that the world could come together as one and achieved a common goal. The common goal of your people in this advert was to sing Coca Cola to the world. The title of the song was “I’d Like To Buy The World A Coke”. The advert was done on a hilltop in Italy. That was where the name of the advert came from. The message passed was simple: Coca Cola Is The Real Thing. It got a point that people were requesting the media stations to play the commercial.

Here are the lyrics to the song

I’d like to buy the world a HOME and furnish it with LOVE.

I’d like to teach the WORLD to sing… sing with me… in Perfect harmony.

I’d like to buy the world a COKE and keep it company.

I’d like to teach the world to Sing in Perfect Harmony.

I’d like to buy the world a COKE and keep it company.

COKE is what the world WANTS today.

Coca-Cola is the REAL THING.

You could see the message was clear, concise and heartwarming.

Here is the link of the video, watch and marvel at the creativity of the company.

Another memorable commercial done by Coca-Cola was the Hey, Kid Catch commercial. This advert involved Joe Greene, an American football player.  He was widely known as the Mean Joe Greene because he was a defensive tackle player for Pittsburgh Steelers. Joe Greene was also known for his skills and height, you will be amazed when you see the video below.

Let us get to the details about how this advert is on this list of Coca-Cola great adverts ever. Firstly, the advert was categorized under the 1970 “Have a Coke and a Smile” campaign. It happened that Mean Joe was approached by a kid after he sustained an injury in a play-off match. Looking at the emotional distress the injury caused to the giant player, nobody dared approach him. The kid offered the popular player some help which he declined. The boy offered to help again this time, with words and a Bottle of Coke. Greene gulped the coke and called onto the boy who was already walking back to the pitch and gave him his jersey with the famous words: “Hey, Kid… Catch”.

“Hey, Kid… Catch” was regarded as one of the greatest Super Bowl adverts of all time. The commercial won a Clio award and a Cannes Gold Lion award. It is also regarded as one of the best adverts in 1979. The advert contributed to the sales of the drink and the fan base of the player. On a normal day, Joe Greene happened to be a tough guy but the advert changed people’s perception about him. The video depicted a heartwarming message that Coca-Cola could build friendship and make you smile.

With this example, many countries followed suit and recreated it with their indigenous sports figures.

The Coca-Cola Company released a new product of Coke, Diet Coke in 1982. With the new product came many adverts, the most memorable of them featured Elton John. Everybody knows Elton John! Diet Coke was also known as Light Taste Coca-Cola came at a time of the trade war between Pepsi and Coca-Cola. The war was critical to their market cap so the two players engaged their advertisement weapons. Though, Diet Coke was able to win the war when it was crowned one of the most consumables of the 80s. In 1991, Elton John along with some old celebrities like Humphrey Bogart, Louis Armstrong and James Cagney promoted Diet Coke. Roger Blackwell and Tina Stephan regarded this advert as one of the most memorable television commercials of all times in their book titled “Brands That Rock: What Business Leaders Can Learn from the World of Rock and Roll”. Elton John graced the advert with his musical skills which were second to none. Coca-Cola Company delivered another punch line in the commercial, this time it was “Drink Diet Coke… Just For the Taste of It”.

The advert took place in a nightclub so hence the name of the advert. By the way, that is where you can see John and his pals. The advert was a hit.

The last commercial that I will be considering is the Northern Lights advert that involved Polar Bears. In the 1990s, Coca-Cola did over 20 adverts, each advert for a specific audience. Each of their copywriting is exemplary. You can check the video by clicking the link below.

The Northern Light advert was part of The Coca-Cola Company’s “Always” campaign. This was not the first time Coca-Cola was using Polar bears. The first usage was in 1922, though it was on print. The advert featured a group of bears drinking Coke and watching the aurora borealis. It was another animated advert which was a hit for the company. The ad was so popular that the bears featured in so many adverts like 1994 Olympics, 2012 Super Bowl ad and a 2013 short film by producer Ridley Scott.

Don’t forget that polar bear signifies determination, endurance and peace. They also display characters like that of humans. But the meaning of the advert was simple: Coke was so popular that it was consumed in the Arctic Pole. The advert ended with the “Always Cool” slang.

Coke has always been aggressive in advertising and most of their adverts have been very popular. Even the print ads that they did before the involvement of video advertisements we well remembered. Their campaigns represented by these ads grew the brand status and consequently their sales, helping beat every pretender and competition out there.

In recent times, Coca-Cola has come up with beautiful campaigns during major events like the World Cup, UEFA Euro and Summer Olympics to strengthen its position as one of the most respected brands in the world. Studying and observing the timeline of Coke adverts is always bound to teach us a thing or two. That’s why we end up looking at them again and again and we are much wiser for that!